The ‘9 to 5’ model of work is slowly becoming a thing of the past whether, as an employee, you now work a 12 hour day, work flexibly or have taken the leap and started up your own company. Starting up a new company can be exciting, finally turning a longed for dream into reality but it can also be one of the most challenging and turbulent times in life.

The survival rate for start-ups is low, with nine in ten not making it past the two year mark therefore we still don’t have the answer to the age old question,

’What makes an entrepreneur successful?’

I’ve spoken to numerous entrepreneurs who have immersed themselves in reading articles with titles such as; ‘The 5 things that successful entrepreneurs do each day’ or ‘10 entrepreneurs that are killing it’, and feel compelled to read and search to find that hidden treasure, that illusive blueprint for success.

I’ve heard entrepreneurs being told that they need to be ‘always on’ and, as a result, watched them burn out, give up on their vision and become sleep deprived. There are lists and lists of things that entrepreneurs need to gather knowledge about; cash-flow, investment, ideal client, exit strategy and the list goes on, all of which are clearly important but they are missing a key ingredient. Resilience.

Entrepreneurs can become outwardly focused ‘working on their business’ and miss the most obvious ingredient for success entirely…’working on themselves’ first.

Adversity
Adversity is a daily occurrence for an entrepreneur and most are ill equipped to deal with it effectively. So what makes an entrepreneur resilient? Is it their experience, their qualifications, the people they surround themselves with or a combination of all of these?

It could be as simple as getting some sleep! Most entrepreneurs think that by wearing lack of sleep like a badge of honour is something to crow about. All I think is, ‘there’s someone who can’t plan their day well’.

You can’t argue with science. Lack of sleep affects your productivity, your mood, your health and ability to make decisions (think about that the next time you have to make a critical decision on the hoof, it could be catastrophic to your business).

Of course most will dismiss this as mumbo jumbo but the next time you read about a truly successful entrepreneur who didn’t keel over by the age of 52, or break every relationship they had on the way, I can pretty much guarantee they got at least 8 hours of sleep every night.

Let’s get real, most people can’t get 8 hours uninterrupted sleep each night and whilst, I view this as a non-negotiable, there are other ways you can take as little as 120 seconds out of your day and make it work for you just like getting a great night’s sleep. It’s not sorcery or a magic elixir, it’s mindfulness.

Mindfulness is not a hippy dippy practice, it is a simple breathing and focused practice that can be slotted into any busy schedule and boosts productivity, cognitive ability, focus all which are key areas entrepreneurs should be maximising.

[Tweet “Stop feeling battle weary and do some #mindfulness instead! “]

Did you like this post? Then get on the short-list for my ‘Mindfulness for Entrepreneurs’ course coming soon. Early birds go here! 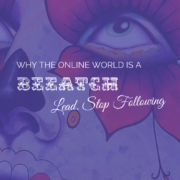 WHY THE ONLINE WORLD IS A BEEATCH

Screw The Goals. You Need A System! 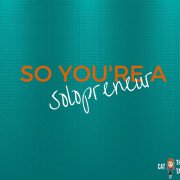 So you’re a solopreneur
8 replies

Want to join the discussion?
Feel free to contribute!

So you’re a solopreneur